A Book off the Shelf

A Book that Changed a Life 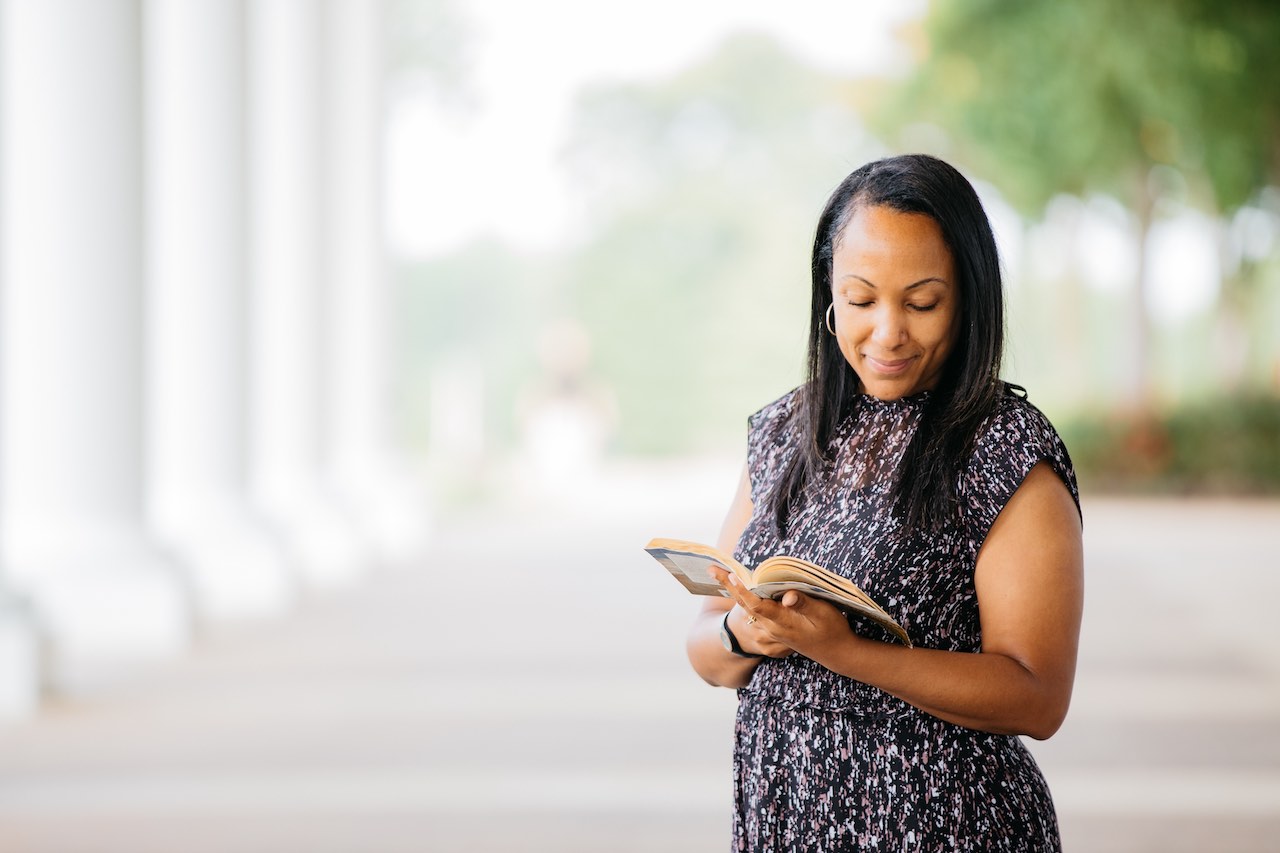 "I did not grow up as a Christian,” said Saleama Ruvalcaba, Bellevue member and employee. “l knew nothing about Jesus Christ and had no exposure to Christianity until right before I became a believer.”

For many of us who grew up knowing about Christianity, we often forget this is the reality for so many of our neighbors. Even in the South, there are thousands of people who have possibly never even heard the name of Jesus.

That is the foundation of Saleama’s story.

“I did not have a very good upbringing, so I was very angry and resentful about life,” Saleama explained. “With divorced parents, a mother who was uninvolved, and an unstable childhood, I recall always asking God what I did to deserve the life I had. I asked God this question but didn’t even know who God was.”

It wasn’t until Saleama and her husband, Omar, had been married for a few years and had three children that she finally discovered who Jesus Christ was. “When we moved into a new house, the former owners left a lot of their belongings,” Saleama explained. “We got rid of everything except a box of books which we added to our collection on the shelf. Every single day, our young kids would take books from the shelf and leave them around the house. Before going to bed, I would pick them up off the floor and put them back on the shelf. This went on for four months.”

One night during the first week of December 2007, Saleama explained that when she went to pick up the books, one book caught her attention. It was titled “The Sermon on the Mount.” Over the next few days, Saleama read the book and was introduced to Jesus.

“I had held that book in my hand every day for four months, putting it back on the shelf," Saleama said.

"But that particular night I looked at it more intently, began reading it, and a few days later, I asked Jesus to be my Lord and Savior.”

This one book forever changed the course of her family’s life. “When I became a Christian, Omar also rededicated his life to Christ. At 33 years old, we both truly began walking with God for the first time,” Saleama said. “Since then, our entire family dynamic has changed since we are the first Christians on either side of our family.”

Saleama shared that Jesus continues to show Himself to her and that He has replaced her former anger and resentment about life with love and joy. Whether it be through the Bible or a book off the shelf, Saleama's testimony reminds us that God can use anything to reveal Himself and bring others to know Him.

If you have questions about Christianity or would like to speak with someone about becoming a Christian, call
(901) 347-2000 or email info@bellevue.org.